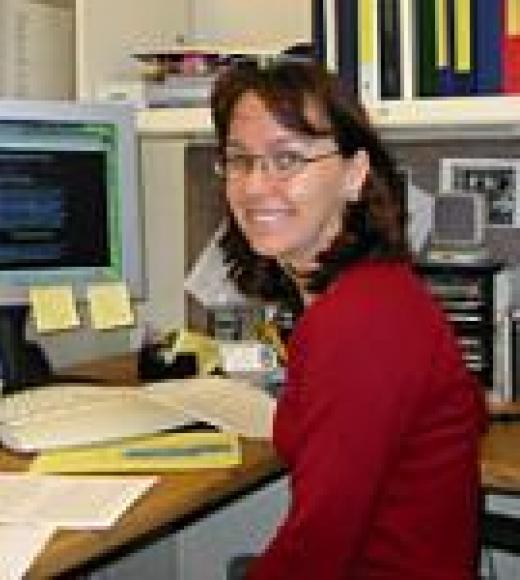 My laboratory studies the cellular and molecular mechanisms of synapse formation in the developing cerebral cortex as well as the role for immune molecules in the brain during development and disease.

Surprisingly little is known about the cellular and molecular mechanisms responsible for formation, stabilization, and refinement of synapses between neurons in the central nervous system (CNS). The McAllister lab uses, and develops, novel short-term and long-term imaging assays to study synapse dynamics during cortical development. Her work provides insight into the molecular signals required for certain disease processes such as autism spectrum disorders and schizophrenia.

The mammalian brain requires the proper formation of exquisitely precise circuits to function correctly. These neuronal circuits are assembled during development by the formation of synaptic connections between hundreds of thousands of differentiating neurons. Synapses are initially established through physical contact between presynaptic axonal growth cones and postsynaptic dendrites. These rudimentary connections are subsequently transformed into the highly specified, complex structure of the mature synapse. While much has been learned about formation of the neuromuscular junction in the peripheral nervous system, surprisingly little is known about the cellular and molecular mechanisms responsible for formation, stabilization, and refinement of synapses between neurons in the central nervous system (CNS). The overall goal of our research is to investigate the cellular and molecular mechanisms of synapse formation in the developing cerebral cortex.

Our primary experimental approach is to use dissociated, cultured neurons from the developing visual pathway as a model system. The formation of individual synapses in these cultures is studied using several techniques. First, the sequence of molecular events that occur during synapse formation and stabilization is investigated by imaging changes in distribution of pre- and postsynaptic proteins fused to GFP using laser-scanning confocal microscopy. Second, the sequence of events that occur physiologically as the synapse forms and stabilizes (or weakens and retracts) is determined using modified whole- cell patch clamp recording techniques. Finally, the signals that may guide synapse formation (such as neurotrophins, cell adhesion molecules, or ephrins) are studied by manipulating them at forming synapses with pharmacological agents, transgenic technology and/or transfection techniques. By combining data from these molecular and physiological approaches, we hope to construct a vivid picture of synapse formation and stabilization in the developing CNS.

Currently, there are a number of specific projects being conducted in the laboratory. The most basic of these focuses on defining the sequence of recruitment of pre- and postsynaptic proteins to nascent synapses. We are also currently studying two potential modulators of synapse formation: the neurotrophins and specific forms of synaptic activity. Finally, we are also investigating whether there are defects in synapse formation that might contribute to Fragile-X mental retardation and Alzheimer's disease. In the near future, we will add multi- photon microscopy to our array of techniques in order to study the development of the geniculocortical synapse in co-cultured organotypic slices. The laboratory is currently funded by the National Institutes of Health, the Pew Foundation, the Alfred P. Sloan Foundation, the March of Dimes, and the John Merck Fund.

The results of our experiments will be essential for a comprehensive understanding of the cellular and molecular mechanisms underlying the development of the cerebral cortex. It is our hope that our results will also provide insight into the molecular signals required for synaptic strengthening, a process that may be the cellular substrate for learning and memory, and for certain disease processes such as neurodevelopmental and neurodegenerative disorders.

Department of Neurobiology, Physiology, and Behavior

Kimberly McAllister to lead the UC Davis Center for Neuroscience.